We like to think we have the best staff in the world.  We take care to pick the very best of the bunch; we look for personality, energy, a positive disposition and a real desire to roll up the sleeves and get stuck in.  Running a shop is hard work.  Our people get the job done, and they do it well. 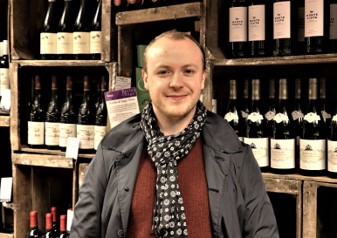 Joining Bayley & Sage Parsons Green as a Shift Leader in 2018, was a thoroughly exciting prospect for me after working in other restaurants and delicatessens. I love cooking so to be surrounded by so much fresh produce, ingredients and cheese was a delight. I had hopes to become a Store Manager in the company, but I was told my skills had been observed and that I could have a great potential in the Buying team. I had my doubts, but they were absolutely right and I have never felt more at home in a job, helping bring new and interesting things to our shops and kicking my brain into gear to analyse where we can improve the range.

Put simply, I love what Bayley & Sage do and I love how we do it! 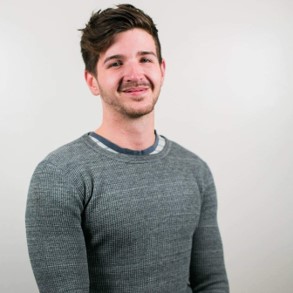 I started off working in our store on Northcote Road as a team member back in May of 2017 after having just moved to the U.K from Australia only a few weeks earlier. I had no idea when I started working here that it would be the beginning of a dynamic and challenging journey within the company. Not long after this, in August the same year, I moved to become a Shift Leader in our store by Parsons Green. I spent the following 16 months in an incredibly lively store where I was provided with the opportunity to learn and grow in ways I could never have imagined. My experience here acted as a springboard into me commencing as a Store Manager in December of 2018 back where it all started on Northcote Road. Only 8 months later I was, again, provided with an opportunity to stretch myself even further and operate in a role that gave me the chance to have real impact, not only in one store, but in all stores as I changed gear and began Managing our new Distribution Centre. Bayley & Sage is a company that respects and acknowledges hard work and reliability. If you show loyalty, they will show it right back to you.

In December 2009 I walked past Bayley & Sage in Parsons Green, saw a vacancy sign in the window, walked in and enquired about it which resulted in me coming to work the next day! I was very lucky and got hired as a counter assistant, then in few months I was offered a shift supervisor position at the same store.

Almost two years later my position changed, and I started to work as a Floater between stores as the business was rapidly expanding… My biggest challenge came right after - I was offered Store Manager position at our Wimbledon branch - a very busy store, especially during Wimbledon Tennis Championships and the Christmas period! We had fantastic team; everyone was really supportive of each other.

I then took a break to build my family, and now after almost three years I am back in the company in the Operations department and am helping to look after seven stores with the eighth coming very soon!

I feel and always have felt really appreciated, valued, supported and am very proud to be a part of a business as successful as Bayley & Sage. 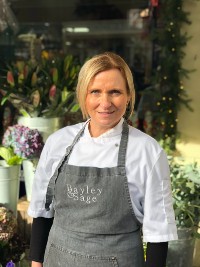 16 years! Yes sixteen years I have been a part of Bayley & Sage. I started when there only was only one branch in Wimbledon Village. I started off as a sandwich maker then a year later I was a kitchen supervisor. I met so many interesting and friendly people. Bayley & Sage kept growing every year and decided to open up a vitality bar at our Wimbledon Village store which I was working at. Since working at the vitality bar, I got to enjoy serving customers my lovely salads and hot food. I always get kind comments from customers about my food. Due to the pandemic we had to close the vitality bar, that’s when I joined the kitchen team at Parson Green.  I really love my time at Bayley & Sage and hoping to continue my journey here. 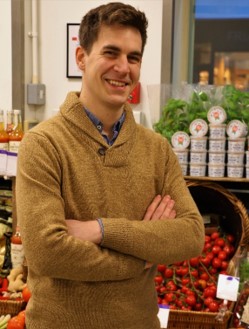 My career with Bayley & Sage started early 2012 in the Wimbledon branch.

Proving to be a hard-working team member, I was happy to take on the responsibility of the fresh produce department. This meant learning more about Bayley & Sage’s amazing products, professionally friendly customer service and creative merchandising.

Finding excitement and joy in practicing these main elements helped me to become a Shift Leader, and not long after a Store Manager. The challenge of doing more and always looking to improve keeps me going until this day.

I’ve always considered myself lucky being part of this company’s life over these years. Not only because I met a lot of great people along the way, but also witnessed 7 new store openings and lot of beautiful careers sweeping through this growth.

Whether you are a customer or a team member, Bayley & Sage is a good place to be. 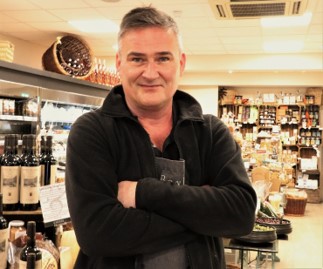 I have been a proud member of the Bayley & Sage team for sixteen years. The journey has been incredible and rewarding. I thrive in being part of the community where customers and colleagues have become part of my daily life. The company’s growth has been exponential through which I have trained up many of the successors within Bayley & Sage. In having the best of every season and keeping up with (and of course setting) trends has kept me excited and always learning. My favourite time of year to be in store is definitely during the Wimbledon Tennis Championship as I am a huge fan, it’s become tradition! From one store to eight stores we have always stayed true to priding ourselves on quality and being part of a community. 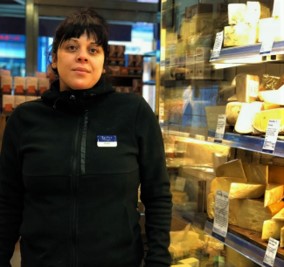 Salut! Bayley & Sage became part of my life in 2017. I have always had a passion for cheese which was ignited from my work in Cannes, coming to Bayley & Sage I didn’t realise how special the journey would be. I started in the Fulham Road branch and then with a want to learn more was given the opportunity to join a bigger team in Parsons Green. A few months later I was awarded the position to be the Head of the Deli where I have been able to progress both as a person and professionally. Surrounded by amazing people from all over the world, it’s a pleasure to come to work every day. What I appreciate most is that Bayley & Sage encourages my creativity and has allowed me to make the deli my own through merchandising and orders.