Hall & Woodhouse was built on beer, but we’ve come a long way since 1777. Each generation of the H&W Family has developed our position within the drinks and hospitality industries and left a strong legacy for the next generation.

FOR THE LOVE OF DORSET AND BEYOND

We believe in working together to improve both the facilities and the lives of residents in our communities. We seek to promote, encourage and support community involvement by offering funds to local voluntary groups with clearly identified needs.

H&W are proud to confirm its intention to continue with its 2020 Community Chest funding, albeit with some adaptations in recognition of the current times. Some of the Community Chest grant funding is to be made available immediately. This is in order to prioritise emergency funds to voluntary organisations that have received support from us in the past two years, that may find themselves in real financial difficulty in the coming months. The remaining Community Chest funds, to be distributed later in the year, will focus on supporting voluntary and charity organisations through their recovery and resilience phase.

Beer, at least figuratively, is in our blood. Badger, our crown jewel, is so much more than just beer; it is rich in heritage, expertise and craftsmanship. It is woven into the tapestry of the last two and a half centuries of world history. And since we started brewing in 1777 we have proudly remained family-owned and Dorset-based. We’d love to tell you our story.

A TALE OF HALL & WOODHOUSE

In 1777 Charles Hall, an entrepreneurial gentleman farmer, built his Brewery in the Dorset village of Ansty. Fortunately for him, Dorset farmers are hard-working — and thirsty — and business was good.

By 1793 the Napoleonic wars had begun and the British government gave their troops a daily allowance of five pints of beer. Charles saw an opportunity and won the license to supply Wellington’s troops quartered in Weymouth.

60 years later, his son Robert (who inherited the brewery) brought Edward Woodhouse into the business as his commercial partner, a move he knew would propel the business forward.

What he did not foresee was Edward falling in love with Charles Hall’s grand-daughter, Hannah Dodge. Thus, when Edward and Hannah married Hall & Woodhouse was born.

We Bet on Us

Over time, rather than spend on fine living, the entrepreneurial Robert and Edward drove the family business forward by investing the majority of profits back into the company — buying pubs in which to sell their ‘Badger beers’.

Today, our family of pubs is one of the finest in the country, with over 180 iconic public houses and inns (both traditional and contemporary) at the heart of their communities across the South of England.

Badger beer is the golden thread running through our business. In fact, we are so protective of our beer quality that our prized cask ale is only served in our pubs. Lovers of Badger beer outside the South of England can find our award-winning bottled ales in leading supermarkets and off-licences (nationally and internationally). 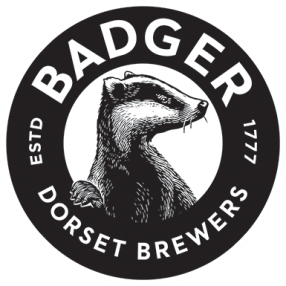 We are stewarded by the seventh and eighth generation of the Hall & Woodhouse family and we’re proud to be a leading independent regional brewer with a beautiful collection of pubs. We continue to invest and innovate in beer and pubs, ensuring we remain a fiercely independent family company at the forefront of British brewing and hospitality.